An overview of the Georgia child support calculation process.

Mug Shot Sites May be Reined In

Changes in Legislation and in Business Practices will limit the ability of mug shot sites to damage the lives of the persons it displays on the sites. 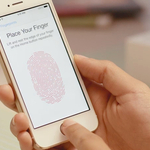 The Fifth Amendment protects against only testimonial statements, not the providing of physical characteristics or acts. The government probably can compel a person to activate a fingerprint scanner on a mobile device in order to unlock it. Choose a better, if less convenient, security option.

Nationwide, traffic light intervals are becoming a concern as local governments shorten the yellow light duration to drive up traffic court revenue. Is it an issue in Northeast Georgia?

The Council of Superior Court Judges is advancing a proposed rule addition which would place steep limits on the use of electronic devices inside of courtrooms.  Proposed Rule 48 would state: Rule 48 Unauthorized Recording of Court Proceedings Prohibited   Except as provided under Rule 22, no...

How to Prepare for a Divorce Consultation: A Client's Guide

Rule of Lenity expanded to have application among felonies with differing levels of punishment. The bright line rule created by the Georgia Court of Appeals stating that the rule of lenity would not apply where all of the involved offenses are felonies is eliminated. McNair v. State

The use of facial recognition technology poses new risks to privacy when used across government databases of drivers and identification card holders. Is the benefit to law enforcement worth it?

Limits on Revocations of Probation

Children who are the subject of a deprivation proceeding do not have independent standing to appeal rulings of the Juvenile Court.

Sean A. Black has been included for the third year in Georgia Super Lawyers

Federal law can result in a person being ineligible for federally subsidized student financial and federal grants if the person has been convicted of a drug crime, no matter how minor. Qualified legal assistance is needed when facing any criminal offense, including even minor drug crimes.

When Innocence is Not Enough to Go To Trial

Guilty pleas under North Carolina v. Alford allow an innocent person to make use of the plea negotiation system when there is strong evidence of guilt.

In Registe v. State, the Georgia Supreme Court decided on November 5, 2012, that a person has almost no privacy interest or protections regarding their ownership and use of a cell phone. Columbus police were investigating a murder case involving two victims.  A witness told them that one of the ...

First Offender is Available for Only One Charging Instrument

First offender treatment only available on a single charging instrument in the absence of a joinder for trial or consolidation of cases. 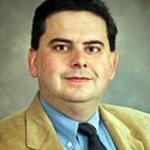 In a visitation case, a party sought to depose 13-year-old girl who had accused him of kissing, fondling and touching her. The girl was a sleepover guest of the parties' minor son.  Trial court barred him from taking the child's deposition. Georgia Court of Appeals reversed with direction that the court allow the deposition but consider appropriate limitations/protections for the child.

Some Clarification on Possession of Drugs with Intent to Distribute

One of the big changes coming to Georgia law courtesy of the 2012 Criminal Justice Reform Act (HB 1176) is the elimination of expungement.  It will be replaced by a new concept called records restriction.  This change will not become effective until July 1, 2013. Expungement, We Hardly Knew You ...

On May 20, 2010, Governor Perdue signed into law House Bill 571.  It made important changes to Georgia’s sex offender registry laws.  Because I believe that it is important for people effected by this legislation to know about it, I have put together a summary.  You should check with your county ...