Discussion of Face ID issues under the Fourth Amendment search and seizure law.

In a case decided on May 21, 2018, the Georgia Supreme Court held that a general Georgia pardon removes sex offender registration requirements.  State v. Davis, S17G1333.   Pardon for a sex offense now requires a special application.  It also requires a lengthier period of law-abiding life to be...

Discussions continue regarding Banks County's Addition to the Mountain Circuit

Great results in two sex offense cases: one for termination of probation and grant of first offender discharge and the other for removal from the registry.

What is BID in Georgia?

Summary of the 2017 Back the Blue Act

For 2017, Georgia now has an offense of domestic terrorism.

Law enforcement officers do not need any suspicion or cause to run a license plate for a computerized check.

LEO Agencies can lose radar and laser certifications if their speeding ticket revenue exceeds 35% of their agency budget. This tightens existing restrictions.

Are Cash Bonds on the Way Out?

A recent resolution of a federal civil rights case based on the Equal Protection Clause of the Fourteenth Amendment may have major implications for the practice prevalent in Georgia of imposing a cash bond requirement and holding in jail poor people who cannot afford the cash bond.

Immigration consequences will return to the categorical analysis that was in place prior to 2008 providing greater certainty for criminal defense lawyers and their clients. 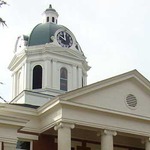 The United States Supreme Court issued its decision in City of Los Angeles v. Patel on June 22, 2015. This is a significant case for protection of private information from the government by a third party. It may be subject to extension to other businesses facing government regulation requiring th...

Watch Your Speed on Interstate 85 in Northeast Georgia 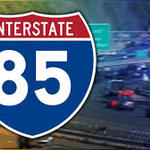 I-85 traffic enforcement is up in Northeast Georgia. Drivers need to watch out and watch their speed. Multiple law enforcement agencies patrol this corridor. We can help you when you are facing a citation or an arrest.

The new Georgia title tax poses a potential danger for attorneys and their divorce clients. Attorneys need to be aware of how the new tax can effect negotiation and transfers of motor vehicles which are a part of the divorce estate.

Take down Fees, Hearing Transcripts and "Pay to Play"

A new case iterates the necessity of invoking a ruling from the trial court that a party has refused to participate in the costs of take down by a court reporter in order to forfeit that party's access to the court reporter's notes and transcription. This is particularly important in many family law cases.

Human Drug Detectors and Your Rights

Officers can claim that they smell drugs in your car in order to search your vehicle. Courts have allowed such searches. You need a qualified Georgia criminal defense lawyer if you are facing such charges.